Michael Patrick Murphy (May 7, 1976 – June 28, 2005) was a United States Navy Seal posthumously awarded the United States military’s highest decoration, the Medal of Honor, in 2005 during the War in Afghanistan (Operation Enduring Freedom), for his selfless leadership, courageous actions and extraordinary devotion to duty. Murphy was sent on several missions while participating in the Global War on Terrorism and was killed on June 28, 2005 after his team was compromised and surrounded by Taliban forces near Asadabad, Afghanistan.
A team of 4 Navy SEALs led by LT. Michael P. Murphy on a mission to capture or kill a key Taliban leader, found themselves seriously outnumbered in a firefight with well over 100 enemy troops. Pinned down and under intense enemy fire, their communications operator severely wounded, they were in desperate need for help. Due to the mountainous terrain, their communications could not be received. Understanding the situation, LT. Michael P. Murphy moved to open exposing himself to enemy fire, to use his satellite phone to request immediate support to save his team. LT. Murphy was mortally wounded making that call. They continued fighting until LT. Murphy and two of his three team mates were mortally wounded. His fourth team member, severely injured himself, managed to escape where he was taken in by a local villager until he was rescued 4 days later. He went on to tell the story in a book titled “The Lone Survivor”

In addition to the Medal of Honor; Murphy received other awards including the Silver Star and Purple Heart. Since his death, a United States Navy destroyer, a post office, a combat training pool in Newport, RI Naval Base, and a park have been named in his honor.
This honorary workout is as follows:

We will be doing this Cindy Style..

We will begin promptly at 10:00 am. Please feel free to bring friends to this free event and share this event on facebook! We will make modifications as necessary.
After the WOD we will be firing up the barbeque. We will be providing chicken and steak kabobs, so please bring a side dish to share and refreshments of your choice. We also suggest bringing chairs so we can lounge around comfortably; you know the music will be bumping! We look forward to seeing you all for a fun filled day in honor of those who serve!
While this event is free at 619 San Diego Personal Training 619 there is the Memorial Day Murph Organization that supports charities such as: LT Michael P. Murphy Memorial Scholarship Foundation, Lone Survivor Foundation, Navy Seal Foundation, and That others May Serve Foundation. If you are interested in contributing to you can register for $35 at http://memorialdaymurph.com/index.html and receive a Forged Memorial Day Murph Shirt. 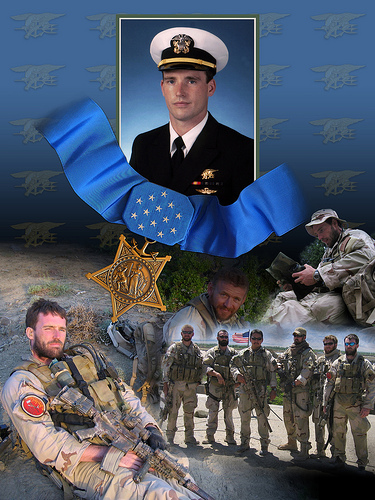